Today I’ll talk a little bit about Cosmos Laundromat, a film that to me showed all the potential of blender at that point in time, and to my eyes is the first of the Blender Institute projects that I find has everything from a great engaging story, direction of someone with a level of experience that shows, to wonderfully crafted feature film quality animation, to a really amazing stylized look… not that the other films are bad, but this one is just very good in every way, and they learned a lot from it, and that shows again in Caminandes 3 (to which I’ll make a post later on) 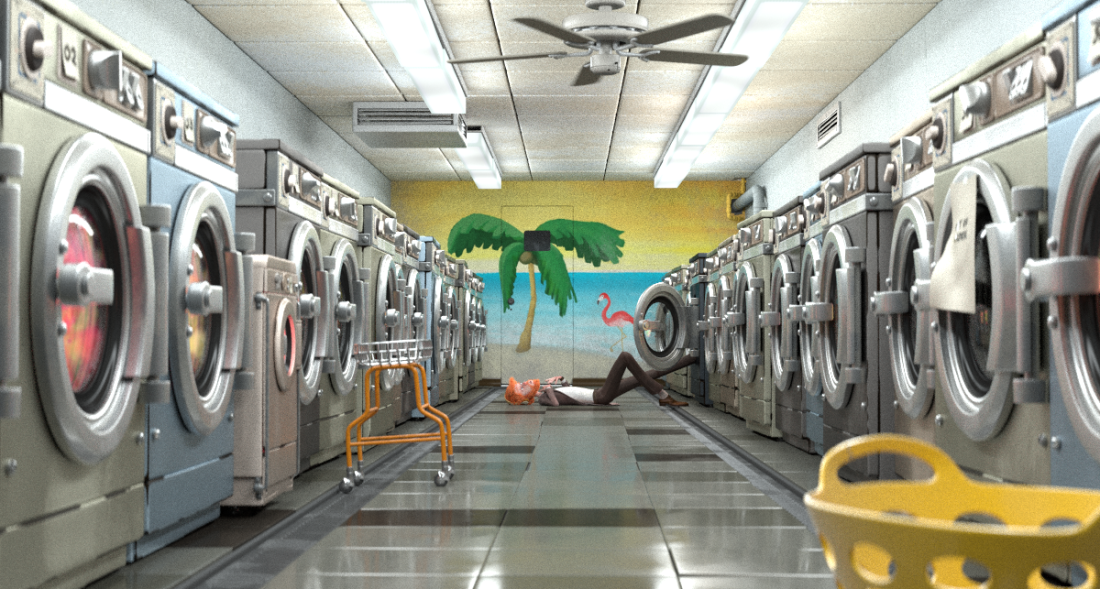 This is a special film for many reasons, for blender users marked the start of the blender cloud, which made possible the release of not only Cosmos Laundromat but also Glass Half and Caminandes 3, in the course of a year and a half more or less, and  a lot of strong development of blender itself.

Also it’s the blender film that has showed the industry that blender is there, at the right point, and it’s time to make a change, or integrate it in their pipelines. Every day i hear professionals from Maya, Max and Cinema4D turning to blender, now they’ve seen what’s capable of, and that’s great, the better and more experienced artists we have, the better blender will be developed.

Cosmos Laundromat: First Cycle intended to be a feature film, but since the crowd funding did not work, Ton (CEO – Blender Institute), decided to cut it into pieces that they could afford to do, and this film turned out. More than a short film is an introduction of a feature, not a teaser, but the first 10 minutes of every film where they want to hook you to actually watch the entire film, and oh boy they nailed it. Hopefully we’ll hear soon about second cycle.

Thanks to the blender cloud, I closely followed the production of the 3 films, like never before, they made sure they shared content on a weekly basis at least which makes you love supporting them from the beginning, although I would love more spoiler material, and they’re also sharing lots of stuff after films are finished, like well of course all of the production materials of the films, you can have all the rigs, models, textures, at least anything you can see rendered on the films and sometimes more, like some rigs that didn’t make it to the film. Also they have been making great tutorials and tips like this one from Caminandes by Andy Goralczyk

So I encourage you and your friends to sign up for the Blender Cloud. It’s only 10$ us a month and it has lot’s of benefits but the most important one to me, is that it’ll keep making blender better.

And even though I went a bit off topic, here is the film: