Why linking?, well let’s say you’re animating lollypopman, and you have 3 shots and let’s say half way through the film, you figure out, his eyes should no longer be blue, they should be brown.

Regular people would open each of the shot scenes, go to the eyes, and change the color of the eyes in the character.

What if the same case was for a short film?, now you have at least a 100+ shots, go and change the color of the eyes of the character in each of them… and that’s a simple change, maybe you need to fix something in the rig or anything that takes more than 1 minute adds up pretty fast.

Here comes linking, where you put the same character in every file, but the character is contained in it’s own file and so any change made to the original character will affect the other three shots.

I’m not going to teach you how to edit it once linked in this post , but to prepare your character to be linked properly.

First, select all the geometry that your character is made of and it’s armature too, so the whole rig

Now hit Ctrl+G to group it, and before doing anything else, hit F6 to name it and call it whatever you want. Just make sure it is consistent to your pipeline and that your team is aware, In my case I’ll call it LollypopMan_Group 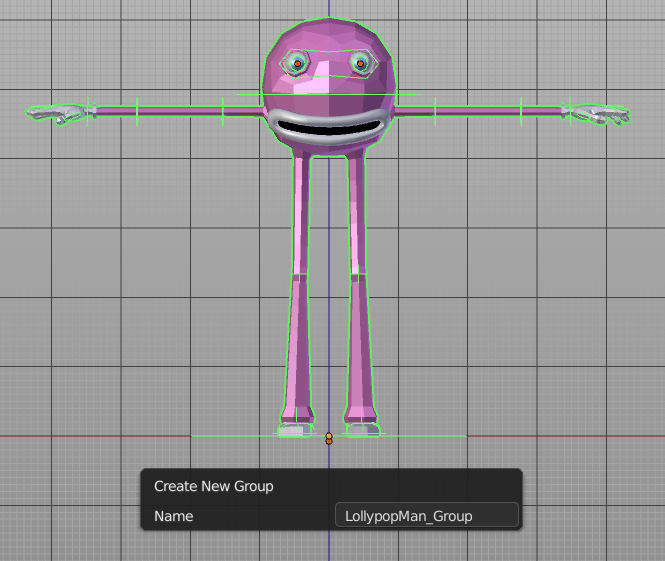 Now comes the important part, if your rig and your geo are in the same Layer, separate them I usually put my character in the layer at the top, and in the same place but below i leave the rig.

And uncheck the “Dupli Visibility” for the layer of the Rig, what this does, is that it won’t show whatever layer is unselected and by default every layer comes selected.

Now, save your file, and create a new one, where the character is going to be linked to… let’s say it’s the scene where your character will perform 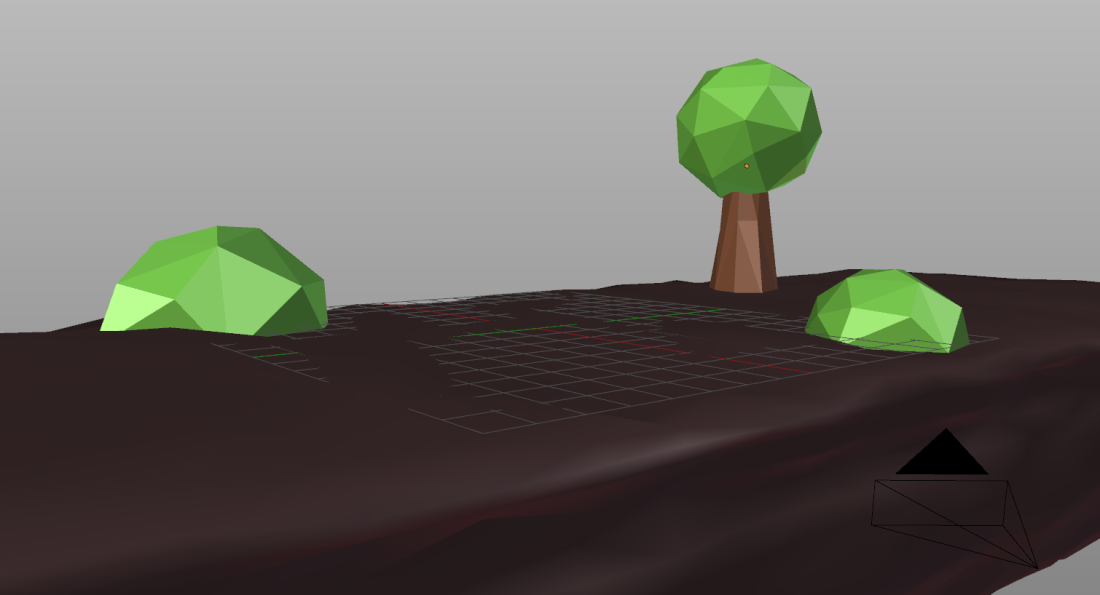 Go to the file menu and select “LINK”

When you’re looking for your file and you reach it you’ll enter the file and you’ll see it’s a sort of library, so now you’ll get inside it, and choose the group that you named before.

Now your character is linked, and it will appear wherever you’ve left your 3D cursor

I usually move it back to the center of the scene by hitting Alt+G, and now we’re almost ready but hey wait, there is no rig?!, how am i going to animate it?, now we’re going to proxy the rig, with your character selected hit Ctrl+Alt+P

And select the one with the name of the group you gave it.

Now you’re ready to animate, so go to pose mode, and get animating!,

with this you can always go back to your character file, modify it and see the changes applied here, more importantly it’ll get  applied in every file where this character has been linked.