Oh this is a fun one, and super easy, it’s also one of those add-ons that come in Blender and that you just have to turn on.

So go ahead and create your scene, this is mine (boomsmash)

So in this case I decided to do something with Suzanne, like attach a nice motion graphics style text to her.

In order to do that, while conserving 3D space I’ll just turn on the add-on called: “export: Adobe After Effects (.jsx)

Then select what you need to export, usually your camera has to be there, and I’ll select Suzanne too, that way we will export the data needed for the camera, and the position of suzanne, that could be animated, but it’s just not the case. 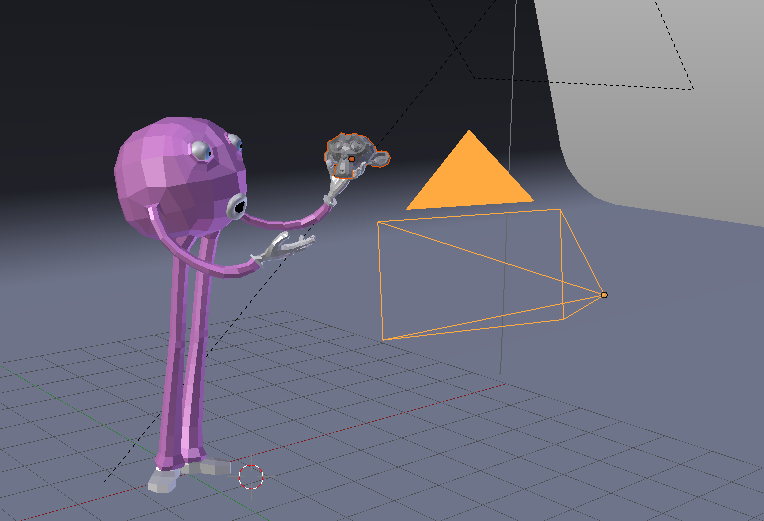 Then export it via the export men in file, or quicker by hitting spacebar, then write after and you’l get:

Give it a name… and you’ll get this:

A “.jsx” file, <<what is it?>> you might wonder, well it’s an after effects script file, and now that you know that, lets go open AE. 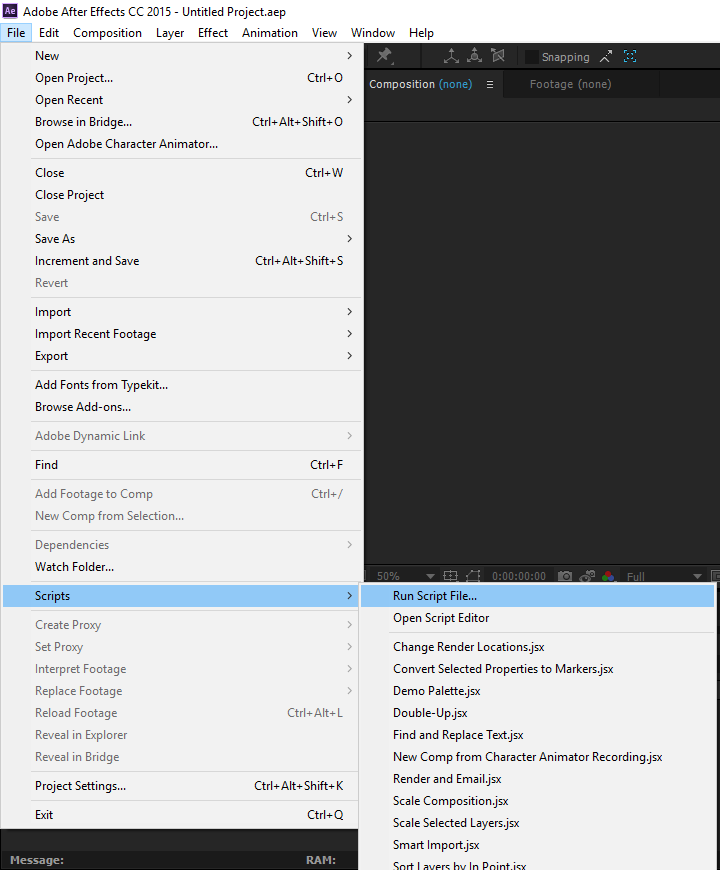 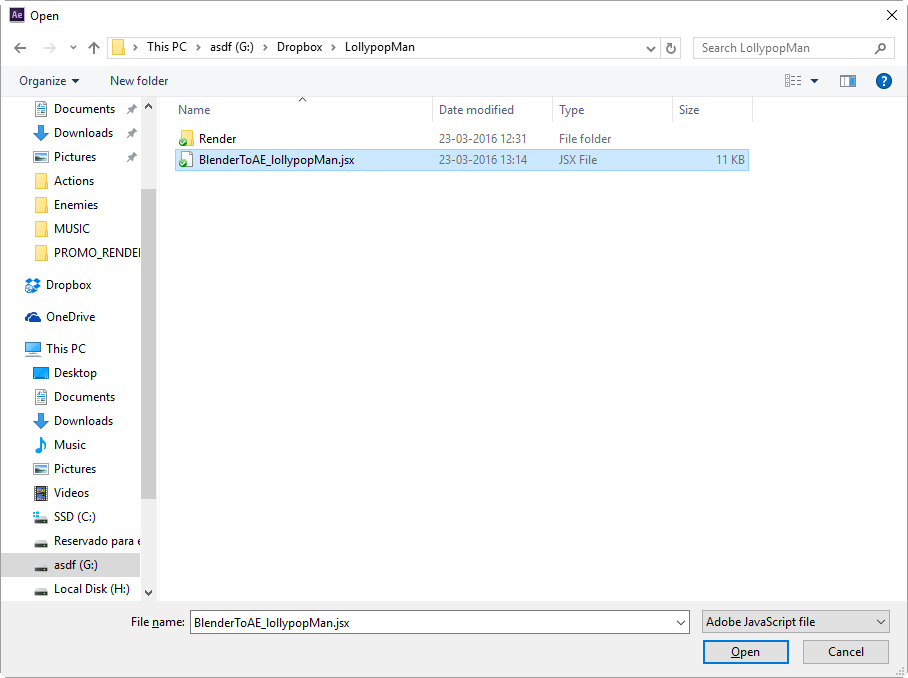 and AE will ask you to name your new composition, so I’ll call mine LollypopMan.

You’ll see that you have a new comp in your projects window and a solid which really is a null object representing the position of the object selected, in my case: Suzanne

And inside the composition you’ll find a Camera and the object, mentioned before, moving through space. now go and import your image sequence of your render or your boomsmash remember to interpret it’s framerate the same as your blenders animation, by default blender’s animations work 24fps and after effects imports 30fps so make sure those match.

Now you’re ready to do fun stuff like this:

You could also render it out and it’ll probably look much better,

2 thoughts on “Add-on: Export to After Effects”