Hey everyone!, is that time of the year again, and I’m glad that for the third time (and second in a row) I’ll be attending the Blender Conference to watch talks, the Suzanne Festival, exchange ideas with great people, and to do really deep nerd talk about blender, animation, grease pencil, cg and life… while having a few beers in a higher state of mind.

And like for everyone there is always a first time, If it’s yours here is some advice of mine gathered from experience a this and other similar events:

The closer the better.

All the time you don’t spend sleeping (usually not much) you’ll spend at deBalie, the theater/bar/restaurant where the Blender Conference takes place, chatting, drinking, watching talks, the conference is such a great event with so much great people that you really don’t have the time / need / want to go out of there, you’ll want to stick around as much as possible hence having a place to stay that’s near is key, that way you can go and come back easily, and effortlessly, mostly if you don’t want to pack too much with you all the time.

Most of the time the theaters are packed, so unless you want to be sitting on the floor or watch online, be ready and on time to the conferences you want to see.

Even being a small conference (400~ ppl ?) and all, the Blender Conference is full of interesting talks and usually 2 happen at the same time meaning that you’ll always have to ditch one to watch an other, so try to go through the schedule before hand (and maybe setup some alarms?) so you don’t miss anything you want to see… though the talks are all recorded and then put on youtube, there’s nothing cooler than being there live.

The Sound of Animation
Hjalti Hjalmarsson

“The Rustle of Leaves” Teaser for a feature film
Mauricio Flores

Eevee – Next Generation Graphics For Blender 2.8
Thomas Beck
Cycles for animated feature film production
Stefan Werner
You can probably guess how these are all related.

If you can, stick around until Monday.

On monday after the conference, the Blender Institute Animation Studio hosts an open house where you can go visit the place where they’ve done most of the Open Movie Projects like the Agent 327, Cosmos Laundromat, Glass Half and The Daily Dweebs. It’s a really cool experience and it’s a great chance to chat with the guys in a bit of a more relaxed state. 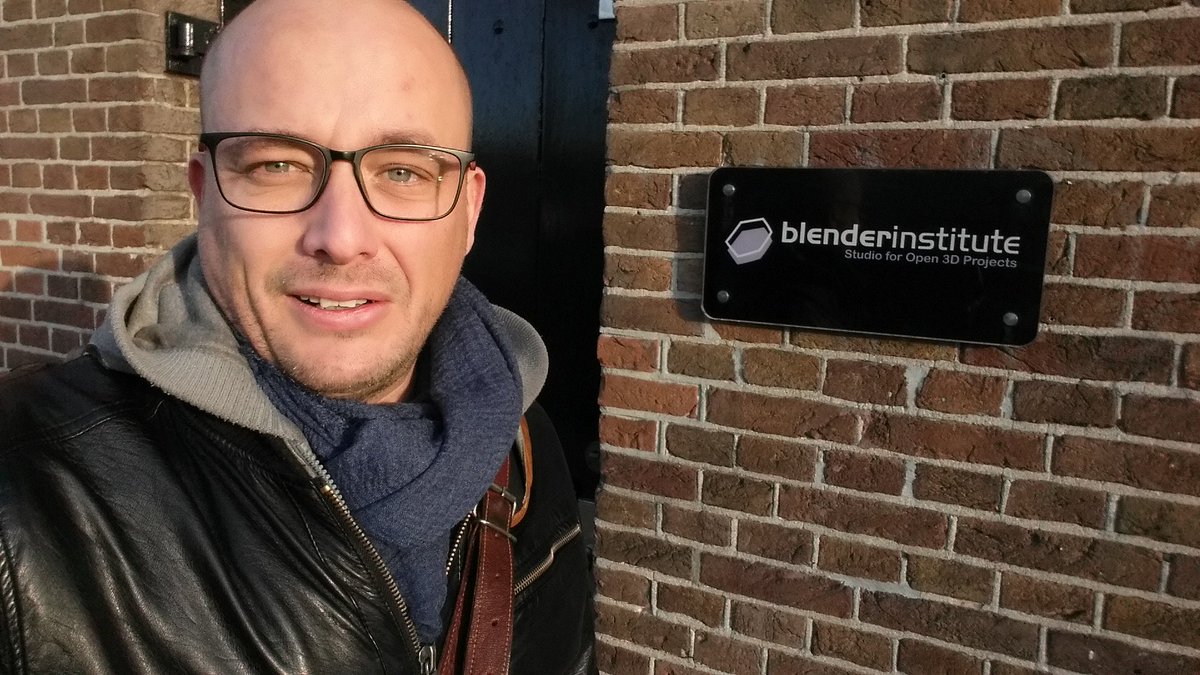 Soon you’ll be able to start voting for the festival entries online, but the conference is a great chance to watch some of these cool films in a big screen and very many times there are some great out of the competition films to watch, last year Darrel was screened, a short film completely made in Blender by some Pepe-School-Land alumni that was recently announced to be in the Oscars long list.

Be open and friendly.

So finally, but not the least important one, actually maybe the most important one, the place is great for a beer or two, and people usually end up hanging out there until they close, its a great way to make some friends, and grow your network find some work if you’re looking for it or even just have a nice conversation, be open and friendly and you’ll meet amazing people that are part of this community.

So I hope you have a great time and that we get to have a beer!.

Aaaaand, if you have been to the conference before and you have some advice that you’d like to share too, give me a shout!